"Géophonie, enregistrements sonores & field recording" a sound journey around field recording artists, from the deeper space to the center of the earth.
Mix by Bitcrusher, http://bitcrusher.free.fr/
Artwork by Alex Pariss https://alexpariss.art/

*1 : OGLE2005BLG390Lb 02 from the Mikromedas project. Mikromedas is a data-driven musical project in which compositions are elaborated using data streamming from space and deep space and astrophysical simulation models - http://www.mikromedas.net

*2 : Space becomes “sonified” in this visualization of a cluster of galaxies imaged by NASA's Hubble Space Telescope. Time flows left to right, and the frequency of sound changes from bottom to top, ranging from 30 to 1,000 hertz. Objects near the bottom of the image produce lower notes, while those near the top produce higher ones. Most of the visible specks are galaxies housing countless stars. A few individual stars shine brightly in the foreground. Stars and compact galaxies create short, clear tones, while sprawling spiral galaxies emit longer notes that change pitch. The higher density of galaxies near the center of the image — the heart of this galaxy cluster, known as RXC J0142.9+4438 — results in a swell of mid-range tones halfway through the video. Hubble's Advanced Camera for Surveys and Wide Field Camera 3 acquired this image on Aug. 13, 2018. Video: svs.gsfc.nasa.gov/13061 Credit: NASA/Hubble/SYSTEM Sounds (Matt Russo/Andrew Santaguida)

*3 : Jana Winderen researches the hidden depths with the latest technology; her work reveals the complexity and strangeness of the unseen world beneath. The audio topography of the oceans and the depth of ice crevasses are brought to the surface. Evaporation is the slow vaporisation of a liquid and the reverse of condensation. A type of phase transition, it is the process by which molecules in a liquid state (e.g. water) spontaneously become gaseous (e.g. water vapor). Generally, evaporation can be seen by the gradual disappearance of a liquid from a substance when exposed to a significant volume of gas. Winderen visited Greenland in July 2007 where she did hydrophone recordings 25 metres under the ice and inside the ice itself. http://janawinderen.com/

*4 : Hodos from album Soundings, p roduced and written by Simon Scott, Strings by Zachary Paul and Charlie Campagna. Simon Scott is a sound ecologist and multi-instrumentalist from Cambridge, England. His work explores the creative process of actively listening, the implications of recording the natural world using technology and the manipulation of natural sounds used for musical composition. https://simonscott.org/

*5 : From album "Each Morning of the World" #05 - Oceanian PhoNographic Mornings #01/20 - Curated by Stéphane Marin (https://chaquematindumonde.bandcamp.com/) "epilogue a frontier approached, its retreat a mirror" : A very physical negotiation of territories voided by history, rendered via carefully detailed field recordings gathered while living in remote areas of Australia, covering over 10 years and over 30 remote locations, alongside pipe organ, guitar feedback, dubplates, turntables and low frequency oscillators. Revealing unseen worlds within remote Australia but also a colonist’s feeling of being physically and psychologically trapped within its’ vast deserts and endless savannahs. Robert Curgenven is an Ireland-based, Australian-born artist producing albums, performances and installations. His work emphasizes physicality, our embodied response to sound and its correspondence to location, air, weather and architecture. https://www.recordedfields.net/

*6 : Phonography.world is an artistic and poetic project that presents in a contemplative way sound and visual snapshots of different ecosystems of our planet. “Une nuit sur terre” is the sound recording of a night, somewhere on Earth. The recording is condensed into an one hour editing. http://phonography.world/category/une-nuit-sur-terre/

*7 : Mira Calix : performed by the london sinfonietta, mira calix and sound intermedia. recorded at the royal festival hall, london, commissioned by the ether festival, taken from the album 3 commissions or warp records Mira Calix (born 1970, is a British-based artist signed to Warp Records. Although her earlier music is almost exclusively electronic, since the 2000s she has incorporated classical instrumentation into her work for performances, recordings, and installations.

*8 : From album "Each Morning of the World" #05 - Oceanian PhoNographic Mornings #01/20 - Curated by Stéphane Marin (https://chaquematindumonde.bandcamp.com/) «Tjoritja» by Ben Carey : the field recording that this piece is based upon was recorded in 2015 at ’Simpson’s Gap’ in Tjoritja (West Macdonald National Park) in the Northern Territory. Recorded shortly after dawn, before the hoards of tourists arrived, there was something fascinating about this open, cavernous environment which from a distance seemed calm and serene. However, with a wind blowing in the reeds and the crows flying over head, there was also a restlessness and activity in this place. By mixing in feedback and drones created on a modular synthesiser with this soundscape, I’ve tried to compliment this duality in this short work. The recording was taken on the land of the West Aranda people. This land always was, and always will be, Aboriginal Land." Ben Carey is a Sydney-based saxophonist, composer and technologist. Ben makes electronic music using the modular synthesiser, develops interactive music software and audio-visual work, and is an academic at the Sydney Conservatorium of Music. http://bencarey.net

*9 : Recorded and composed by Félix Blume - Published by Sonic Terrain Félix Blume (France, 1984) is a sound artist and sound engineer. He currently works and lives between Mexico, Brazil and France. He uses sound as a basic material in sound pieces, videos, actions and installations. His work is focused on listening, it invites us to a different perception of our surroundings. His process is often collaborative, working with communities, using public space as the context within which he explores and presents his works. He is interested in myths and their contemporary interpretation, in human dialogues both with inhabited natural and urban contexts, in what voices can tell beyond words.

*10 : "returning | reeds" was created for the return walk along the Humber Bridge as part of the Height of the Reeds event during the City of Culture year in Hull, 2017. The piece uses only the unprocessed recordings of located sound collected over 6 months on and around the bridge in preparation for the project. Jez Riley French, focusing extensively with sound as both material and subject JrF’s work over the past four decades has involved installation, intuitive composition, scores, film and photography. Alongside performances and exhibitions Jez lectures and run workshops in various countries on field recording / located sound as an art form and has also developed a range of specialist microphones widely used by recordists, sound artists, musicians, sound designers and cultural organisations. Key works are pieces capturing the sound of the dolomites dissolving, ants consuming fallen fruit, buildings vibrating, teleferica’s interacting with locales, the infrasound of domestic spaces around the world, glaciers melting in Iceland and the tonal resonances of natural and human objects in the landscape. http://jezrileyfrench.co.uk

*11 : Undude is a french artist using field recording as sound material. rhdv1k5 is recording inside a metalic container. rhdv1k5 is part of a futur Album that wiil be available on : Dataglitch

*12 : Herman Kolgen - Seismik : A DRAMATIC DESCENT UNDERGROUND, BENEATH THE RUBBLE. SEISMIK INVITES US TO TAKE A MULTISENSORY LEAP INTO THE UNKNOWN, WHERE SEDIMENTARY FRICTION, MAGNETIC WAVES, RUMBLING MATTER, ABSTRACTIONS AND MOTIFS CLASH AND COLLIDE AGAINST A BACKDROP OF VISUAL AND SONIC DISLOCATIONS. WITH ITS DAZZLING DISLOCATION MODELS OF STRAIN AND RELEASE, SEISMIK IS A TENSION-CHARGED, FREQUENCY-FRAUGHT AV PERFORMANCE THAT TAPS INTO SEISMIC WAVES, FRICTIONAL RESISTANCE AND TREMOR-RELATED PHENOMENA IN REAL-TIME. TRUE TO HERMAN KOLGEN’S TEMPORAL/SPATIAL PREOCCUPATIONS AND RADIOGRAPHIC APPROACH, THE ARTIST RENDERS THE INVISIBLE VISIBLE: HE HAS DEVISED SOPHISTICATED SOFTWARE THAT REGISTERS MAGNETIC FIELDS AND SEISMIC ACTIVITY FROM SÃO PAULO TO KYOTO, IN TURN GENERATING ABSTRACTED SOUND AND RELENTLESS VISUAL MOTIFS. AS WITH PREVIOUS AUDIOCINETIC SCULPTURES SUCH AS DUST, INJECT AND TRAIN FRAGMENTS, KOLGEN PLAYS ON NOTIONS OF PHYSICAL, CEREBRAL AND EMOTIONAL TENSION, IN THIS CASE DISRUPTING TERRESTRIAL STRAINS OF VARYING INTENSITIES WITH LAYERS OF RUMBLING, MULTISENSORY MATTER. A DRAMATIC DESCENT DEEP UNDER THE RUBBLE. 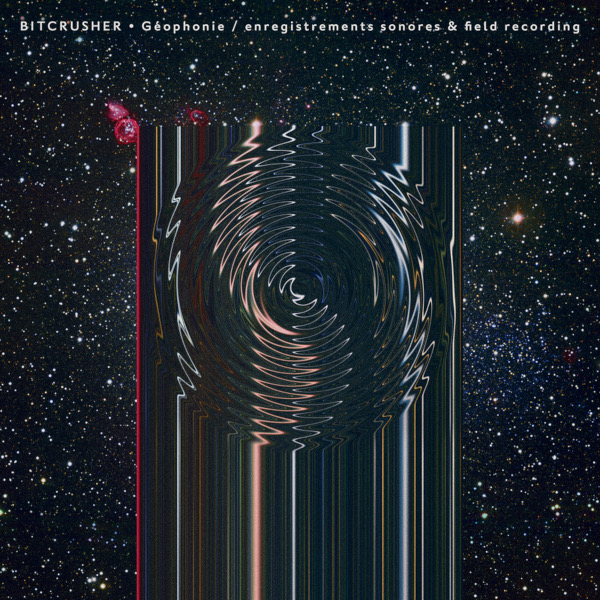